Tagline: In an identity crisis, a lonely Type 1 Diabetic named Alek attempts to recapture his glory days in a hometown that embodies what he now dislikes about adult life — responsibility and complacency.

In an identity crisis, a lonely Type 1 Diabetic named Alek attempts to recapture his glory days in a hometown that embodies what he now dislikes about adult life — complacency. Upon arrival in suburbia he finds that most of his old friends have moved away, started a family, or simply grown up. Only one person responds to his invitation: Matt, an old acquaintance who has never moved away from the suburbs.

Matt represents everything that Alek despises about suburban life; the banal, boring, and uncultured. Unwilling to give up on his nostalgic dreams, Alek parties with Matt, launching them into a hallucinatory and directionless fugue through the dark streets of suburbia.

Throughout the seemingly never-ending night and as Alek’s blood sugars become more erratic, he pushes Matt and their adventure to darker and darker places with complete disregard for their well-being. 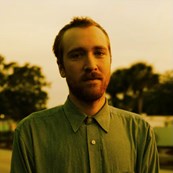 Mitchell Stafiej is a disabled filmmaker and sound designer who lives and works in Montreal, Quebec. He has lived with Type 1 Diabetes since he was 16 years old. His films explore the potential and the political power of juxtaposition and the cut; language-less demonstrations of social change. He embraces textural images and harsh sound and often shoots films on 16mm and lo-fi technology like HI-8 and cell phones. He is constantly on the search for the ‘anti-image’ and tries to expand the notion of what can be considered cinematic.

His past documentary work explored the politics of racism, hate, and religion. His first documentary The Devil’s Trap was a deeply personal and harrowing exploration of a highly secretive and religious cult. It used analog media to represent the degrading state of mind of the main character. The film premiered at CPH:DOX, where it competed for the F:ACT Award. In fiction, Mitchell destabilizes traditional narratives to create portraits of distinct moments in time.

His first film Found, used cell phone images and characters filming themselves to present a family struggling with grief. His next film, the 16mm fever dream A, funded by Telefilm Canada, followed an alcoholic ambient musician who locked himself in his apartment on a dangerous seven-day bender.

He received his M.F.A. in Studio Arts from Concordia University in 2018 and currently teaches film production, film studies, and art history at John Abbott College.