Tagline: The story of two boys in Mongolia, one 9 and one 14, who are child jockeys in one of the most grueling competitions in the world: The Nadaam. And during the race, one of them watches his horse die.

Imagine endless plains of empty grassland surrounded by majestic mountain ranges, over which dozens, if not hundreds, of horses come sweeping into view, ridden by young children in colorful native costume.

The idea of the film is to instill in the viewer the feeling of awe and wonder that there are children who are somehow so young and so new to the world, yet who can be such old souls and embody such a great deal of potential, leaves most of the rest of the Western world speechless, images that can only be shown in the form of a film.

In order to make the theme personal, the Director chose to focus on two of the riders, and follow them during their training and competitions. Vangur and Aaghi are both accomplished riders, even though they have only been riding a few years.

One of the boys "ages out" of the competition, and reflects back on his career. He must now move on, and is proud of his achievements, while the other one is still on his path.

After working on social development issues for 10 years at international organizations such as UN, the World Bank, Asian Development Bank, Bia started her filmmaking career 12 years ago.

This one is her first project after her graduation from the International Academy of Film and television. As a screenwriter she wrote two short original screenplays, and the feature-length historical film script, Khubilai Khan, based on the novel written by well-known Mongolian historian Morris Rossabi, a professor at Columbia University. She also wrote a story entitled New Immigrants about her own experiences in a foreign country. 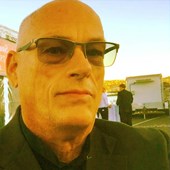 Nick produced an independent feature made for a shoestring budget and sold worldwide, and produced and directed two documentaries independently, Takashi’s Dream, and The Brokaw Hoax. He followed this with two years as an Assistant to the Oscar-nominated Producer of Norma Rae. He attended the American Film Institute in the Graduate Producing Program. He became a Certified Avid Editor and was Editorial Assistant on the PBS series Have You Heard From Johannesburg? He taught Editing, Film History, Documentary and Guerrilla Filmmaking to students at the International Academy of Film and Television, and later at the San Francisco Academy of Art.