Tagline: A dark unexpected future. Mila's inheritance is robbed by her aunt who slaves her. Mila abuses her power over nature to kill her, but kills several innocent people instead. She seeks help from the wise Marpa to heal her guilt and hopefully redeem.

A post-apocalyptic world. Knowledge is reserved for men only. Nature overpowered technology.

Modern decaying buildings coexist with nuragic constructions. Here the 12-year-old Mila lives a serene and rural existence in her family home. She
lives with her parents and her little sister. Suddenly, everything shutters to pieces. Mila’s father is killed. Mila, her mother and her little sister are enslaved by her father’s cruel sibling, and robbed of every possession.

After years of suffering Mila is forced by her mother to leave home and take revenge against their relatives. Disguised as a man, she goes to Lama Yuguntun to master the power of natural forces. She eventually takes her revenge but many innocents die, too. Regretting having killed many people, Mila seeks out the mentor Marpa to help her redeem herself from her past evil actions. Marpa pushes her to the limit and forces her to constantly test herself. He finally manages to guide her towards awakening and abandoning revenge. 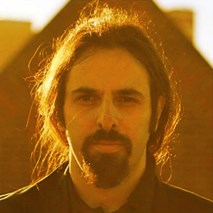 Louis Nero is also president and founder of the production company "L'Altrofilm" since 1998. In his project he always concentrates on the research and the study of the historical period the story is set in. Louis Nero graduated in DAMS at the university of Turin.