Tagline: Three generation of Ukrainians (Xers, millennials and zoomers) faces its own problems on a way to better life.

Nine short stories, which characters are divided according to Strauss– Howe generational theory. They are all ordinary people: pupil, graduate, student, designer, driver, smuggler, artist, civil servant and emigrant. Their problems are real and contrast with each other, but relate to one of the three prototypes of the generation. Everyone takes a decision. Some of them are more influenced by generation stereotypes, some of them less.

Need for peace, money and self-acceptance are common for all of the characters. But some habits and tastes are mutual only for Xers, millennials or zoomers. The story is not given in a classic sequential historical timing, but is composed like a patchwork quilt, intertwining one character with another. Starting the story in Kyiv, we move away from the capital and end up outside the country to show or disprove the global nature of the theory of generations. 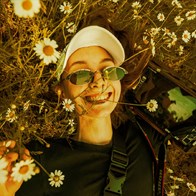 Adelina Borets, director and screenwriter, was born on January 1, 1998 in Mariupol. In 2020 graduated from the Warsaw Film School with a degree in film directing. In 2021 finished studio of Andrzej Wajda, where she was developing her screenplay for debut in feature film. Her first documentary short The Wormwood Star was nominated by 17 film festivals including Koszalin, Austin and New Orleans. Her short film Eden House is selected to 2021 edition of Gdynia Film Festival.