It is astounding to observe how much the documentary format has developed in the last decade or so. What many people use to consider as a minor art form is progressively taking over the mainstream and no self-respecting film event is without a considerable focus on non-fiction filmmaking. We at FEST are certainly no exception and, as the styles multiply at a fast pace, we are also witnessing the rise of several young talents that show no forgiveness towards conventional obstacles and keep pushing the format to new grounds. In November we turn the spotlight of our Filmmaker of the Month section to one such great example, a Frenchman with a twist: Maximilien van Aertryck.

Back in 2012, at that time of the year when we were knees deep into an ocean of film submissions, our vessel was shaken unexpectedly. It wasn’t an Iceberg, or at least it was not that sort of Iceberg. The culprit was a documentary short-film that went by the name of “Icebreakers”, a look at the mundane goings inside a large passenger ferry boat while outside the iron monster braved a tough battle with the frozen elements. An eerie feeling permeated the film, in a powerful contrast between drunken teenagers looking for fun while floating in a giant trap. Maximilien van Aertryck’s first film, which was obviously selected in that edition of FEST, was to be a revelation to be confirmed soon after, as he choose a path where documentary filmmaking is as much about observing as it is about challenging apparent realities. 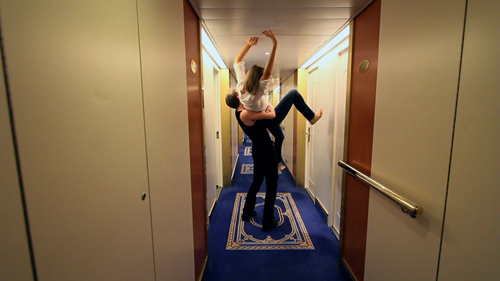 “I started with the documentary format because through it I could get access and observe places I was interested in. I also believe that images are very strong in creating references which influence the way we think and how we behave. We think we know how politics work because we’ve seen it dramatized in the news or in a TV series, but the reality is light years from that image. In one of my films, “Second Deputy Speaker”, I went to the Swedish parliament and filmed on the day of an historical vote that aimed to symbolically resist the far-right. When I showed the film the audience was completely baffled by the slow, dull and absurd way this vote looked like. I’m interested in capturing images that will challenge the audience’s way of seeing the world, and make people reflect on the many conventions that exist when it comes to the stream of images we consume every day”, said the young French artist.

Maximilien van Aertryck is not your typical French filmmaker. Despite an enviable set up for the emergence of new faces on the scene, Aertryck choose an unlikely route, setting up base in Sweden, a somewhat different universe to his native France. He told us: “In the city where I live, Gothenburg, there is a vibrant and critical dialogue about film and its industry. The film school here has in my opinion some of the most interesting views and propositions on film education worldwide. The same goes for the company where I work, Plattform Produktion, where we constantly, through humor and gravity, examine the ways films influence people and society in general. In Sweden I’ve found energy in going against the stream by meeting people that have done it for many years”. 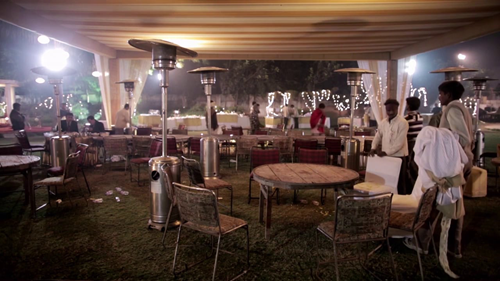 Since 2014 the French director has been embarking on several co-directing adventures, helping him to develop different styles and techniques. Of all of these experiments perhaps the wildest is his debut feature “Matrimania” (also in competition at FEST 2015), where he and Vincent Bitaud jumped into the world of Indian weddings and its explosion of colors and traditions. “The actual challenge when Vincent Bitaud and I went to India to follow a wedding photographer for two months wasn’t the fact that we were shooting so far from home, but the idea we had of not knowing where this trip would take us and how the film would look like. We went to India full of preconceived ideas of how the country and society would look like, and wanted to reflect our encounter with the reality in the film. It was a huge gamble where we essentially relied on our observations and that interesting situations would arise. We’re quite happy with the result! It’s once again a great example of how the documentary format can take you to places you’d never have experienced otherwise”.

Since then, there have been few limits on Maximilien van Aertryck path, reaching his highest point this year, when one of his latest short films “Ten Meter Tower” was selected to compete at the prestigious Berlinale. The experience of taking center stage at such a large film event is much more than a confirmation of his talent, but a sign of great things to come: “The Berlinale is the greatest festival I’ve ever had the chance to present a film at. We had no less than five screenings in one week and the theatres were always full. It’s also a festival that doesn’t make such a big status difference between the short and long format, and rather focuses on content. The fantastic visibility we got at the Berlinale allowed us to show the film around the world later on”. 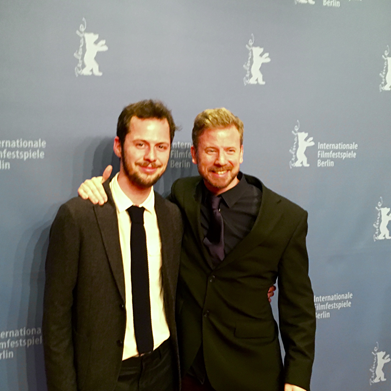 After such a boost, there is no shortage of future projects for you to keep on the lockout. “Me and my co-director Axel Danielson (with whom I’ve made “Ten Meter Tower” and three other films in the past two years) are working on our first common feature documentary film. We have gotten the permission to capture the studio cameras of SVT, the Swedish national public service broadcaster, live under their different programs. What we’re interested in is the contrast between what happens when the cameras are turned on and the program is live, and how everybody is behaving when they’re not. This year we made a short film called “Because the world never stops” which was shot in the news studio of SVT, and which helped us develop the feature”. 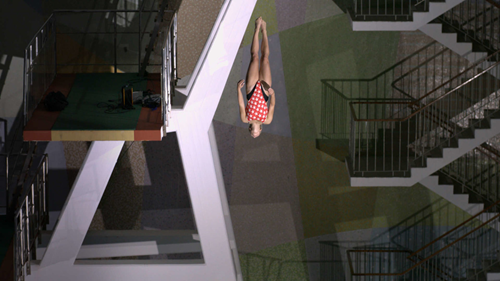