Fest is thrilled to announce Brian Muir’s presence at this year’s Training Ground.

Brian Ian Muir, one of the most respected sculptors and artists in the film industry, the man who brought to life Darth Vader’s mask, has been working in film for over 48 years.

In 1968, at the age of 16, he began his 4-year apprenticeship as a sculptor / modeller at Elstree Film Studios. After completing his apprenticeship, Brian left the film industry. He honed his skills by working on many prestigious commissions in London i.e. Royal Coat of Arms for the Crown Court, plaque for Stock Exchange (unveiled by the Queen).

In 1976 Brian was asked to return to Elstree Studios to work on Star Wars and sculpted the now infamous Darth Vader. He also sculpted the Storm Trooper armour, Death Star Droid, CZ 3, and finishing work on C3PO. 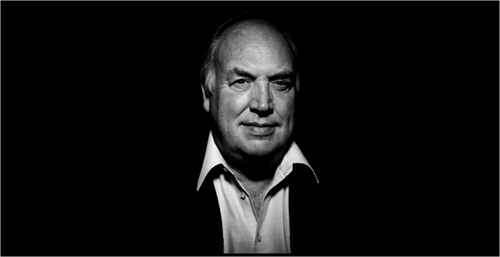 During his extensive 48 year career in the film industry Brian has worked on over 70 major films like "Alien", several 007 films such as “The Spy Who Loved Me” and “Octopussy”, ”Raiders of the Lost Ark”, “Excalibur”, Tim Burton’s “Planet of the Apes” and “Sleepy Hollow”, “Lara Croft: Tomb Raider”, the fan favourite “The Princess Bride”, and more recently “Harry Potter and the Order of the Phoenix", “Snow White and the Huntsman”, “Anna Karenina”, “Guardians of the Galaxy” and “Rogue One”.

When Brian came to realise there was a real interest in Star Wars and many of the other major movies he had worked on over the years, he wrote his autobiography "In the Shadow of Vader" which has been very well received and is currently on its 3rd print. He recently published the second and final part of his autobiography "Beyond the Shadow" which is also proving to be a fan favourite.

This will be a unique opportunity for participants to learn about sculpting and working with sculptors in film from one of the most revered artists in the industry.